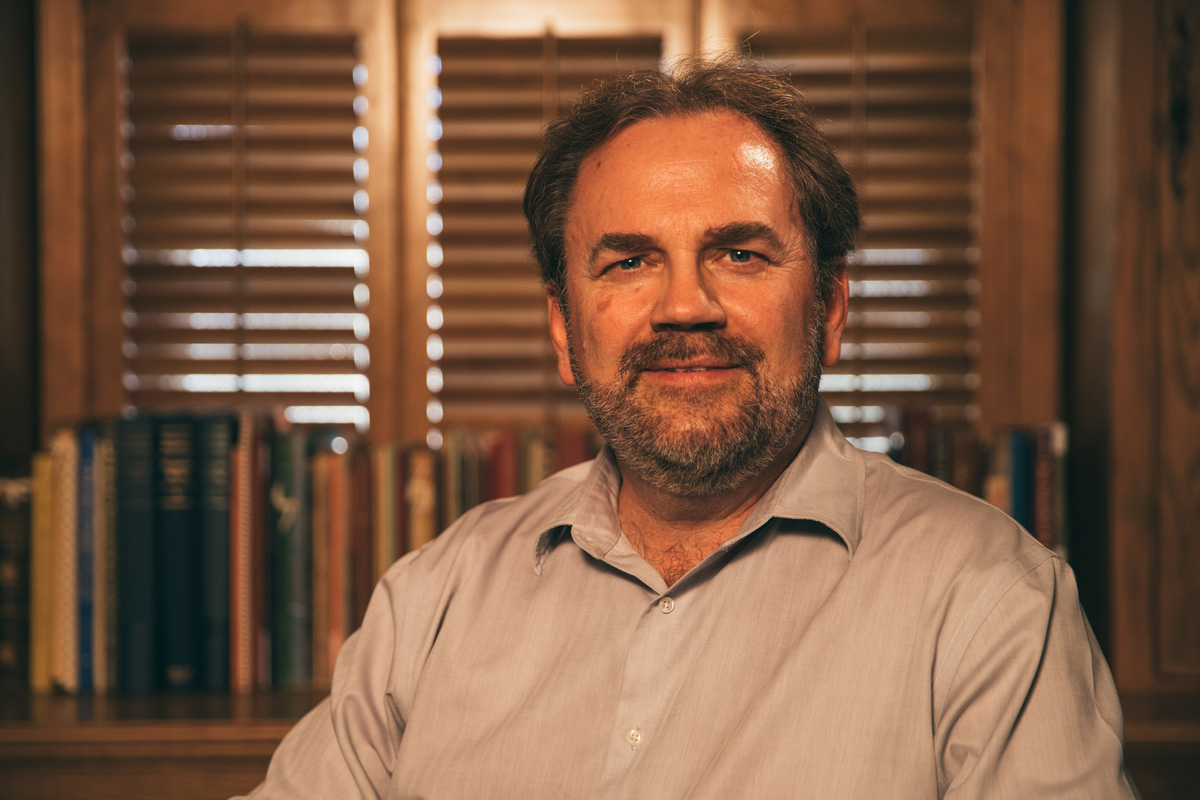 Steve Elmore: Give our readers some information about your work at California Baptist University and its mission.

Jim Buchholz: I’ve been a Professor of Mathematics & Physics at California Baptist University (CBU) for the past 27+ years. During that time, I have seen the college grow from JBs than 700 students to more than 8500.

A popular sentiment and statement used about CBU is “Live Your Purpose”. This is to be accomplished by our students via four basic core outcomes: Academically Prepared, Biblically Rooted, Globally Minded and Equipped to Serve.

SE: You are also involved in a film adaptation of Peter Kreeft’s book Between Heaven and Hell. Tell us more about this project and how the C.S. Lewis Foundation events were involved.

JB: While I have cultivated relationships with many friends via my encounters with the foundation, one relationship in particular has led me to a great adventure and collaboration with Peter Kreeft. Years ago I read Peter’s book “Between Heaven and Hell: A Dialog Somewhere Beyond Death with John F. Kennedy, C. S. Lewis & Aldous Huxley”.

Ever since then, I wanted to make it into a movie. Back when I first met Peter, we had lunch at a couple of Oxbridges, but I never had the guts to tell him my dreams for his book. Back then, I felt I wasn’t ready yet as a screenwriter and filmmaker, and besides I believe a major studio had owned the movie rights to that book at the time. Flash forward to a few years ago, and I finally knew that I was ready (and the right person) to make this book into a movie.

I approached Peter (and his publisher) and was able to acquire the movie rights to the book. I have now written the screenplay and am launching a Kickstarter Crowd Funding Campaign to turn this dream into a reality.

SE: What was your first experience with one of the Foundation’s programs?

JB: I first worked with the foundation in 1997-1998 helping prepare for Oxbridge 1998; the centennial birthday celebration year of C. S. Lewis. Calbaptist had given me a sabbatical to work with the Foundation in creating its first “Science and Religion Symposium” session as part of Oxbridge 1998. I was the founder and director of the symposium that year and also directed the next two Science and Religion Symposiums at Oxbridges 2002 and 2005 (co-directed with Hal Poe in 2005).

In 2008, I was able to more fully enjoy Oxbridge as viewer rather than a programmer running around worrying about everything. I have of course also attended many more local CSLF programs over the years.

JB: The C. S. Lewis Foundation and Programs bring a rich breadth of people to its events. Different ages, backgrounds and fields of study come together, especially at Oxbridge to learn, discuss and collaborate. I also really love some of the entertainment, both enriching and funny (like the Whimsies).