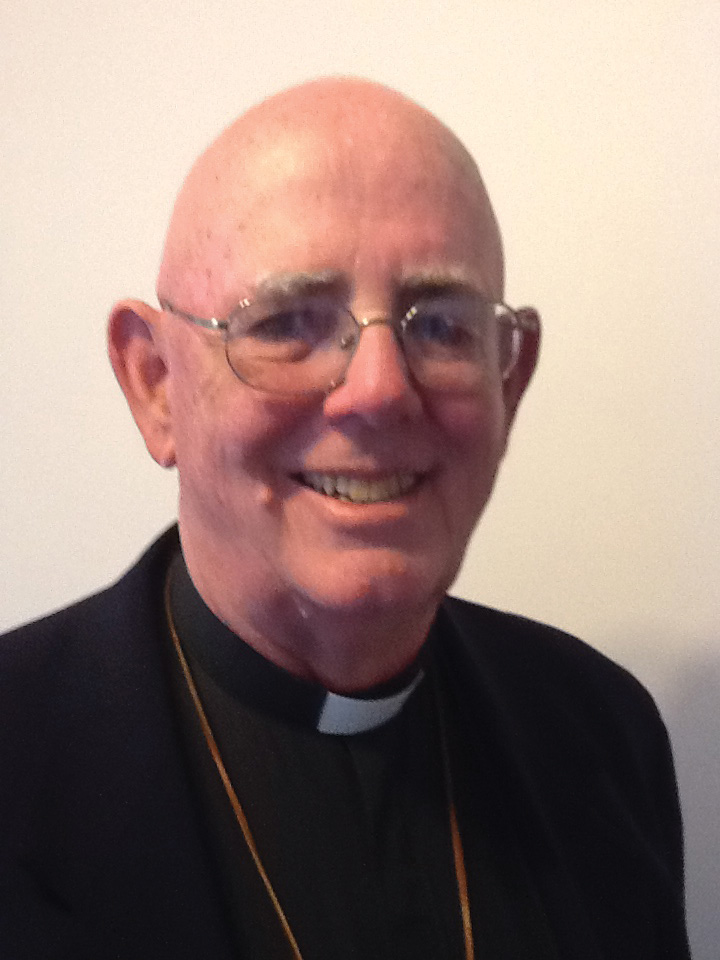 Steve Elmore: Tell us about your first experience with one of the Foundation’s programs.

Fr. John Morrison: Back in the mid nineteen eighties, I had been a member of the NY CSL Society for about a decade, and the first summer institute at Oxford was brought to my attention at one of our regular monthly meetings. Though ordained at the time, I was still teaching high school English full time and my district had instituted a Professional Development Fund to be used by the teaching staff for study that would enhance the discipline in which the staff member was involved.

Since I was teaching a course in Science Fiction and Modern Fantasy, which made liberal use of the works of Lewis, Tolkien, and Williams, I applied for and received a substantive allowance for the first fortnight held across the pond at Saint Hilda’s College, Oxford.

That was my first introduction to one of the Foundation’s programs; I have not missed one of the Oxbridge programs since (I believe that I’m the only attendee who has taken part in both weeks of all the triennial institutes that have been held). That parenthetical expression may be sufficient in its own right to suggest how valuable I have found the experience to be.

SE: How has the C.S. Lewis Foundation made an impact on your life and work?

JM: The impact on my life and ministry has been immense. While the plenary sessions and afternoon seminars that focused on literature, theology, and philosophy have been the most valuable, I have always managed as well to profit from the speakers who have focused on the more scientific and sociological disciplines.

But the conference has never been solely an intellectual experience; it has also been a feast for spiritual growth and has been the source of inspiration and information for dozens of courses that I have taught around the Diocese of Long Island, including the diocesan seminary where I served as professor of literature and theology.

Additionally, I have even had some of the speakers/performers/seminar leaders like Lou Markos, James Como, Stewart Henderson, Gordon Pennington, and Tony Lawton come to a parish at which I was serving and share their skills and insights into things Lewis and Christian. To put to use the theme of the 2017 conference, each of them contributed mightily to “irrigating [the] deserts, cultivating [the] gardens” of many of my parishioners, myself included.

One specific example: I got to know Lou Markos at Saint Catherine’s after his seminar class had ended when he became accessible to those who desired to continue the discussion. We would order a pint in the JCR, continue the conversation, and inevitably arrive late for dinner. Such was Lou’s infectious enthusiasm, broad knowledge, and willingness to be available to those who wanted more than allotted time permitted.

I’m certain that others have undergone similar experiences, ones that made the conference unique, something more than just a diet of lectures by strangers with impressive academic credentials who then proceed to distance themselves from their audience.

SE: Describe your work and ministry for us.

JM: With the exception of about seven years spent as an interim rector and priest-in-charge, most of my life in the church, with one notable exception, has been spent as a weekend assistant and supply priest in the Diocese of Long Island. That exception has been a thirty-seven year ministry with the Cursillo movement, an evangelical program that seeks to bring individuals into fuller relationship with the risen and living Christ through a disciplined program of prayer, study, and action. I have spiritually directed at least thirty Cursillo weekends and what I learned from the CSL Foundation summer institutes has contributed in profound ways to my ministry on those weekends.

JM: When Lewis wrote that “reason is the natural organ of truth, but imagination is the organ of meaning,” he might very well have been prescient with regard to the CSL Foundation. Each day of the conferences has been its own “movable feast”: morning prayer in college chapels and choral Evensongs at Saint Mary the Virgin and Ely Cathedral, dance and drama performances, concerts given by the Oxford City Orchestra and the Institute Choir, English country dance and a one time spectacular banquet at Blenheim Palace, free time to explore pubs and bookstores, churches and colleges, walking tours and punting adventures—each day engaging the mind and stirring the imagination, each day a full course meal that not only satisfies but leaves you thirsting for what lies ahead.

And if these offerings are not for a particular palate on any given day, there is always Shakespeare being performed in one of the colleges nearby or just free time for reading, for prayer, for a pint with friends old and new, and perhaps for a well-deserved nap. I think I can say without equivocation that the conference is for everyone.

I could not convince my wife to attend with me until 2008. She thought it was for intellectuals, that she would feel uncomfortable. Happily this was not to be the case and so she returned with me in 2011 and 2014, refreshed again and again, spiritual and intellectual batteries re-charged.

JM: One final thought, a paean to all those who volunteer and work so tirelessly to enable the experience to unfold seemingly without a hiccup. Rare is the conference that I’ve attended that is orchestrated in such a capable and friendly manner, largely, I suspect, because all those involved have chosen to play their roles as written by the Playwright and performed to his honor and glory. If anyone who reads this would like to investigate further any of the conferences, I have published articles on all of them in the Bulletin of the New York C. S. Lewis Society.

SE: Thank you so much for sharing with our readers, Father John!

JM: Thanks for lending an ear. I’m looking forward to next summer!